Varna University of Management retains its first position among universities in Varna and sixth nationally in the Administration and Management field of education according to the Bulgarian Higher Education Ranking System 2019, announced in December.

Among the leading business schools in Eastern Europe, VUM leads the list per six of the key indicators, and especially in research for “Documents cited at least once (Scopus)”, “Citations index by scientific area (Scopus)” , “Citations Index without without self-citations (Scopus)” and “Funds for Student Research”. The VUM score according to the International Mobility indicator is almost twice as high as the second positioned university in the 2019 ranking. This leadership position is expected, considering that in 2019, for a third consecutive year, the prestigious international ranking U-Multirank positioned Varna University of Management first in the world for “student mobility” among 1711 universities in 96 countries.

Indicative of the high quality of teaching and professionalism of the faculty is the undisputed first position of Varna University of Management under the indicator “Unemployment among graduates compared to the average for the region (ratio)”, showing 5 times lower unemployment rate of VUM graduates compared to the average for the region. The latter is a clear proof of the successful career progress of the Varna University of Management alumni, successfully graduated with a Bachelor’s degree in International Business Management, and especially with a Master’s degree in Business Administration (MBA). In 2019, the VUM MBA Programme climbed up two positions according to the Eduniversal ranking of the Best Masters & MBA degrees globally and is now ranked 5th in Central and Eastern Europe.

Significant progress is reported in the field of Economics where Varna University of Management moves up from 15th to 7th place in the ranking in just 1 year. The data presents only 1.1% unemployment rate among VUM recent graduates, compared to 2.55% average for the professional field in the country, as well as nearly 25% higher taxable income of VUM graduates compared to the national average.

Varna University of Management leads the Bulgarian university list also in the international students’ share at the university and is among the top 5 in the state preferred by prospect students with highest score in their secondary education diplomas.

The comparison is presented below: 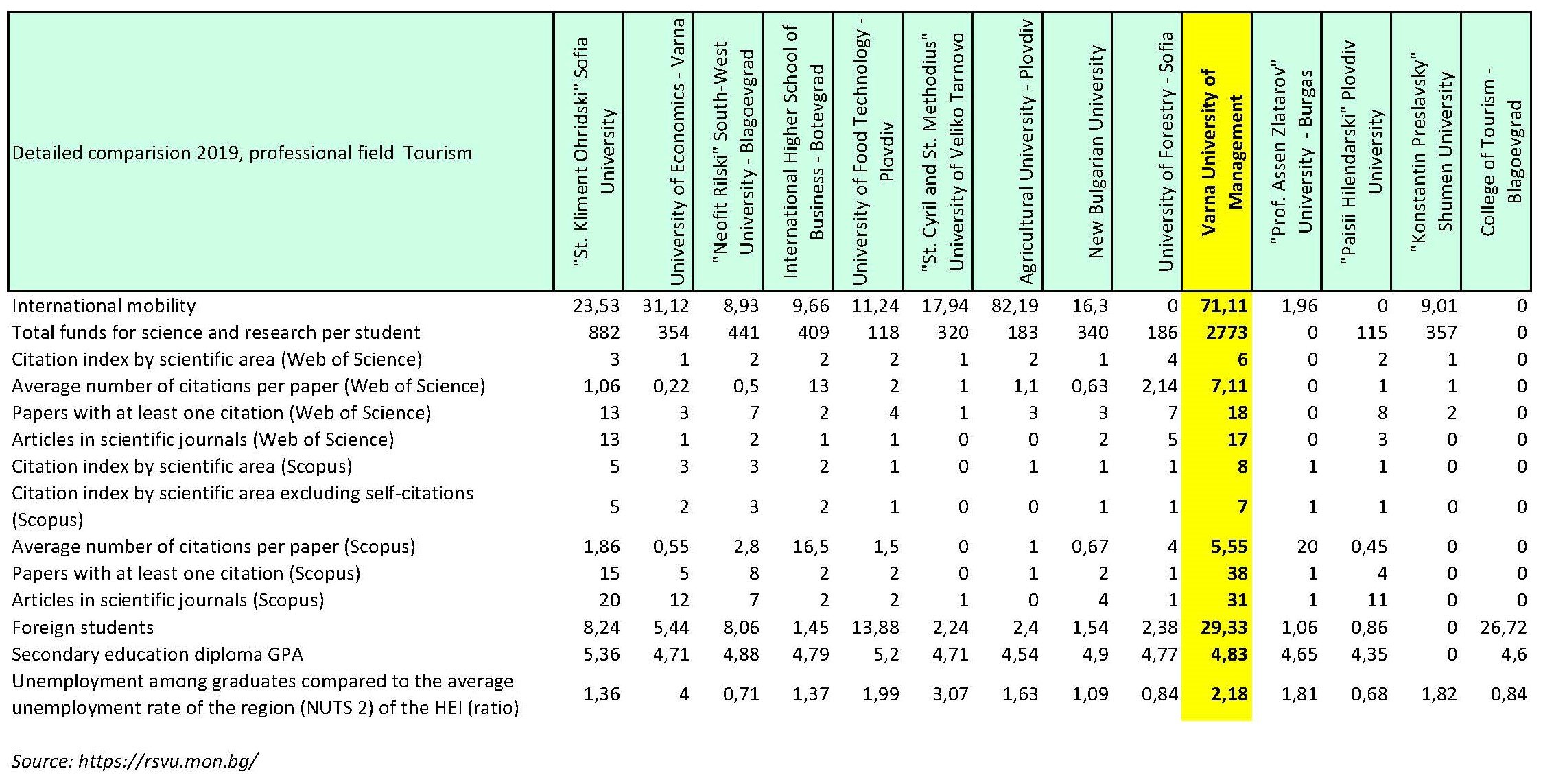 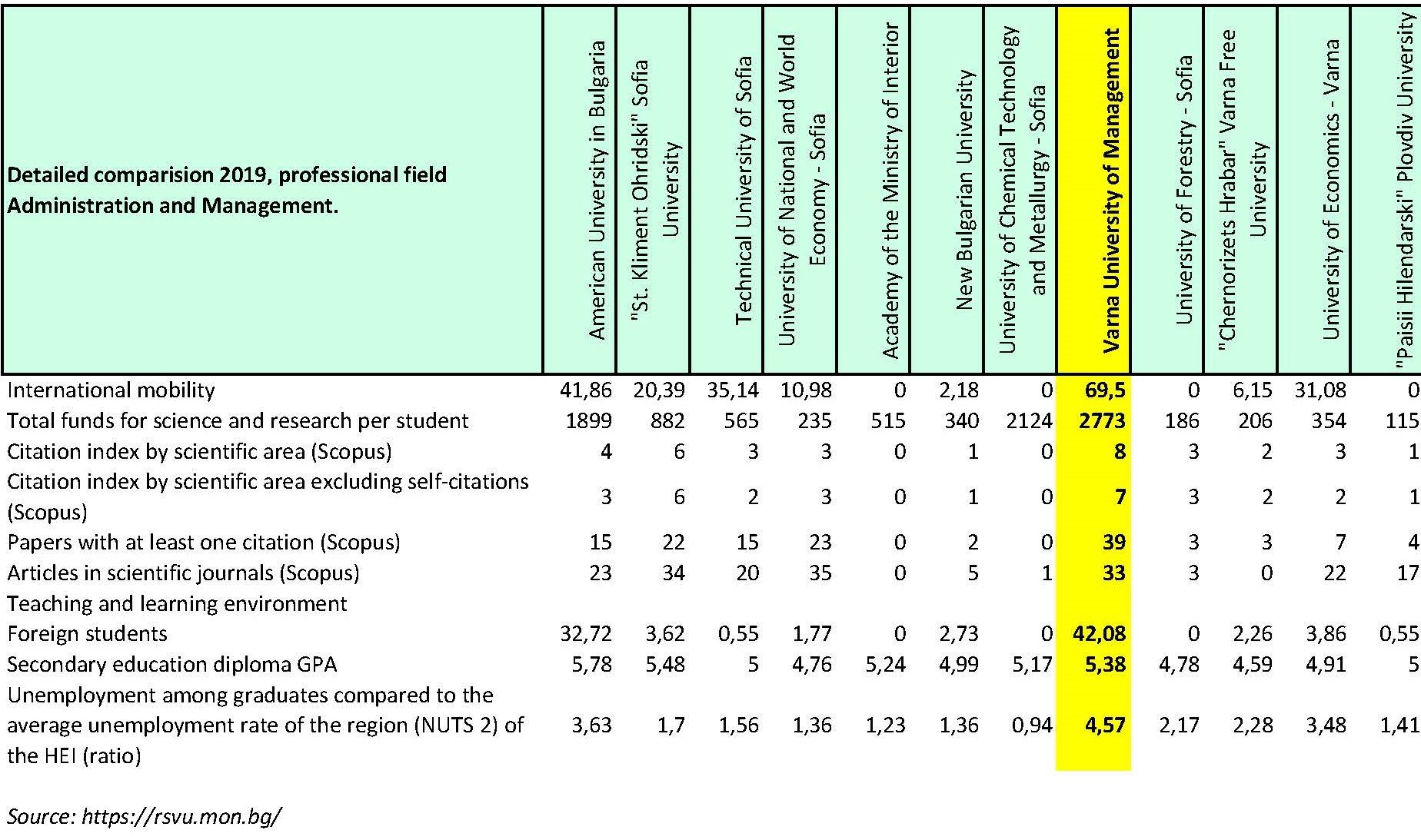