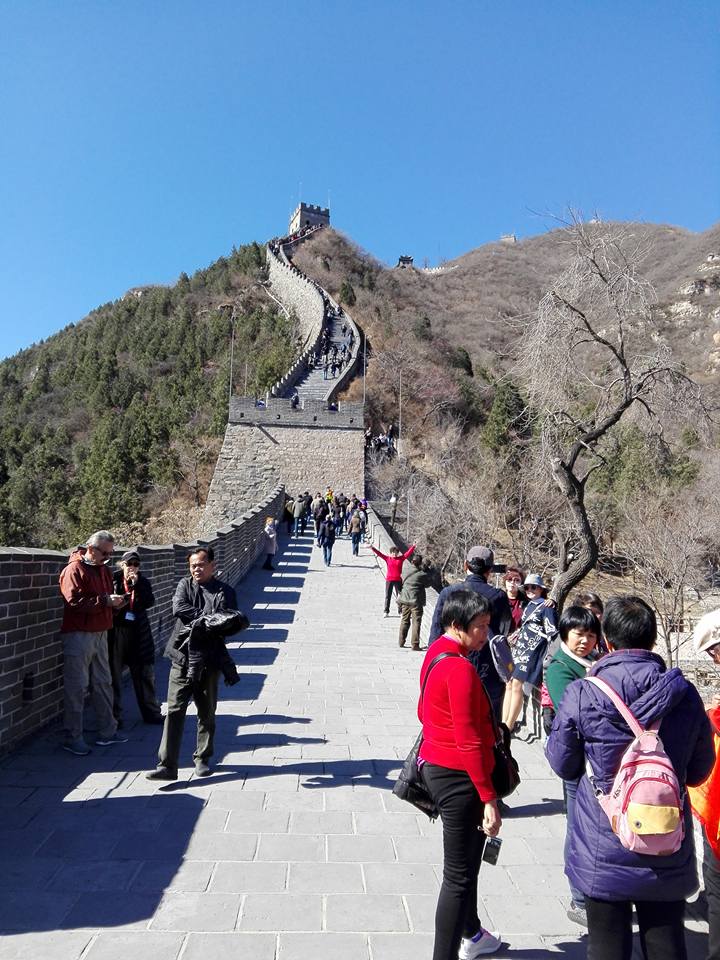 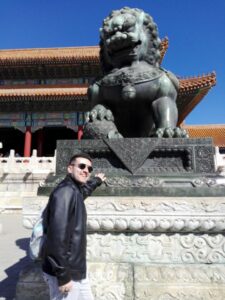 A group of VUM students were on a study trip to China as part of an international student collaboration with the Capital University of Economics and Business (CUEB), Beijing. The students worked in seven teams on different topics and the results of their research were presented on 16th March to the lecturers and students of CUEB.

Below you can see what Dimitri Radev, first-year International Business and Management student at Varna University of Management, had to say about his experience and impressions of the field trip:

“On the first day of our trip to China, we were so tired from the long journey that we needed to rest. On the second day, we went with our tour guide who was excellent.

On that day we were on a sightseeing tour of some of the main landmarks of the Chinese capital, Beijing. There we saw the Forbidden City which was the point from where the rest of the city was later developed. The Forbidden City is also the very centre of Beijing. And as we saw from the maps provided by the personnel there, the city develops in a circle, and everything is made by taking into consideration feng shui. The Forbidden City was very beautiful and also enormous, nearly the size of a Bulgarian village. 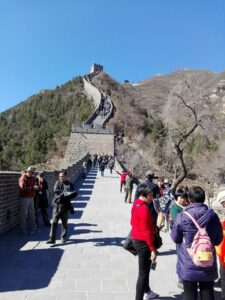 Also, we visited various historical places in Beijing that were just magnificent. Like The Great Wall of China which was, just as I thought it would be, fantastic! Especially the view after you cling for a while. Although, there were more people than I had imagined. There were the most people I have ever seen gathered in one place at the same time.
Another, place that we saw was the Summer Palace which had the most beautiful setup I have ever seen in my life so far. It was just breathtaking and of course, that was also made according to feng shui principles as well.

The people of China are also very warm-hearted and loving. There were quite a few cultural differences, but we were still able to understand each other which was quite fascinating from my perspective. But the most interesting part was our collaboration with the Chinese university CUEB and their students who were excellent and we had very good results.”

And here is what Eleonora Shepel, doing her Master’s in Business Administration at VUM, experienced during the trip:

The best experience ever! 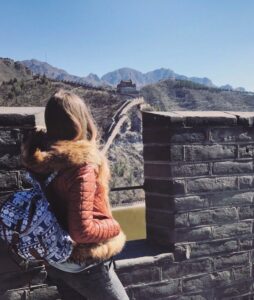 The best decision that I have ever made was to join the trip to the capital of China, Beijing, offered by Varna University of Management that gave us an amazing possibility to travel and to explore a new world and culture. During this trip we saw so many things unlike Europe and life we are used to. This place has blown our minds away with its beauty and way of perceiving life. All of the stereotypes we knew before coming there just crashed from the very first day we arrived.

The first place we went to with our group was the Forbidden City, which is located exactly in the center of Beijing and it was enormously huge with very interested history and facts about the people, who were living there.
Basically it was populated only with the imperator with his family, his servants and lovers.
It gives an astonishing feeling when you realize that just centuries ago people were killed, if they tried to enter that city, while you are just walking around the place allowed to touch and take photos of forbidden place once.

After that, of course, we have visited the Great Wall of China, which appeared to be exactly as we were imagining it. Very hard to climb and it opens very beautiful views on the mountains and nature around it. Now we can say we have seen two most important Chinese wonders  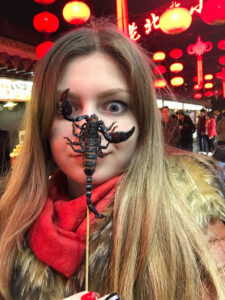 And how to forget about the Temple of Heaven, which is so beautiful and gorgeous!

We have also seen many other breathtaking places and constructions both old and modern. One place was looking just like paradise, which was the Summer Palace.
We would not be able to say that we have been in China, if we would not try their local food.

Except of the programme that we had with the VUM students and days of the common cooperation with the Chinese university CUEB (that was also pretty awesome), we had few days for ourselves, so we have visited the famous zoo with pandas and Lama temple, where the biggest Buda standing is located!

That was the best time in my life that has opened new borders to me and let me know so many new people. Chinese students are very smart and hardworking. The whole nation is very kind and positive; they are showing their emotions easily and are not afraid of the foreigners even if they do not speak English. I wish I could stay there longer!